Anger at fly-tipping eyesore in Sedgley 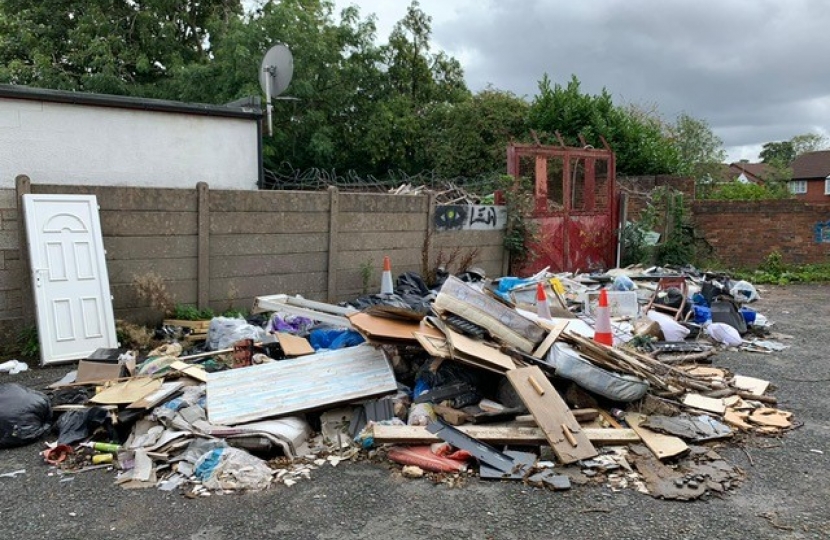 Local Sedgley resident have contacted the local MP, Marco Longhi about an on-going problem with fly-tipping in Sedgley. The old Gould’s electronic shop off Bilston Lane has been used for illegal dumping of waste.

Marco Longhi MP reacted angrily to the news, stating “I have inspected the site and cannot believe the amount of waste that has built up. I have asked the Council’s enforcement team to act quickly and make sure it is cleared as soon as possible. In addition, the cost should not lay with the taxpayer. I have written to the owners of the land to advise them of their legal obligations.

“There are some significant fines in place for people caught fly-tipping. I know that local authorities also have enhanced powers to search and seize vehicles of suspected fly-tippers. It is encouraging that local authorities can also take those accused of fly-tipping to court. If a prosecution is successful, a fly-tipper can receive a fine of up to £50,000 or 12 months imprisonment if convicted in a Magistrates' Court, or an unlimited fine and up to 5 years imprisonment if convicted in a Crown Court.

“I am aware that the Government’s Resources and Waste Strategy includes a number of commitments to improve sentencing of fly-tippers, including working with the Sentencing Council to increase magistrates’ awareness of the prevalence and importance of waste crime.”

Cllr Shaun Keasey said “Fly-tipping is a blight that is based on nothing but selfishness. No one has a right to dump waste on land that does not belong to them to the detriment of that locality and community. I am working with Marco to ensure the old Gould’s car park is cleared and secured.”

Marco Longhi MP backs residents who are up in arms about the decision.